Counter-Strike (CS) is a series of multiplayer first-person shooter video games in which teams of terrorists battle to perpetrate an act of terror (bombing, hostage-taking, assassination) while counter-terrorists try to prevent it (bomb defusal, hostage rescue, escort mission). The series began on Windows in 1999 with the release of the first game, Counter-Strike. It was initially released as a modification (“mod”) for Half-Life that was designed by Minh “Gooseman” Le and Jess “Cliffe” Cliffe before the rights to the mod’s intellectual property were acquired by Valve, the developers of Half-Life, who then turned Counter-Strike into a retail product released in 2000.

Counter-Strike is an objective-based, multiplayer first-person shooter. Two opposing teams—the Terrorists and the Counter Terrorists—compete in game modes to complete objectives, such as securing a location to plant or defuse a bomb and rescuing or guarding hostages.[6][7] At the end of each round, players are rewarded based on their individual performance with in-game currency to spend on more powerful weapons in subsequent rounds. Winning rounds results in more money than losing, and completing objectives such as killing enemy players gives cash bonuses.[6] Uncooperative actions, such as killing teammates, results in a penalty.[8]

Originally a modification for Half-Life, the rights to Counter-Strike, as well as the developers working on it, were acquired by Valve in 2000.

Counter-Strike: Source was the first publicly released game by Valve to run on the Source engine. Counter-Strike: Source was initially released as a beta to members of the Valve Cyber Café Program on August 11, 2004.[4][13] On August 18, 2004, the beta was released to owners of Counter-Strike: Condition Zero and those who had received a Half-Life 2 voucher bundled with some ATI Radeon video cards.[14] While the original release only included a version for Microsoft Windows, the game eventually received a port to OS X on June 23, 2010, with a Linux port afterwards in 2013.[15][16]

Counter-Strike: Global Offensive was the fourth release in the main, Valve-developed Counter-Strike series in 2012. Much like Counter-Strike: Source the game runs on the Source engine. It is available on Microsoft Windows, OSX, and Linux, as well as the Xbox 360 and PlayStation 3 consoles, and is backwards compatible on the Xbox One console.

A Japanese arcade adaptation of Counter-Strike, the original Half-Life multiplayer modification. It is published by Namco, and runs on a Linux system.[17] The game involves anime-designed characters in a futuristic designed version of Counter-Strike. A selection of single-player missions, mini-games, and seasonal events were added to prolong the game’s interest with players.[18]

Counter-Strike Online is a free-to-play spin-off available in much of eastern Asia. It was developed by Nexon, with oversight from Valve. It uses a micropayment model that is managed by a custom version of the Steam back-end.[19] Announced in 2012 and aimed at the Asian gaming market, a sequel titled Counter-Strike Online 2 was developed by Nexon on the Source game engine, and released in 2013.[20]

In August 2014, Nexon announced Counter-Strike Nexon: Zombies, a free-to-play, zombie-themed spin-off,[21] developed on the GoldSrc game engine.[22] On September 23, 2014, an open beta was released on Steam.[23] The game launched on October 7, 2014, featuring 50 maps and 20 game modes.[24] The game features both player versus player modes such as team deathmatch, hostage rescue, bomb defusal, and player versus environment modes such as cooperative campaign missions and base defending.[25] Reception from critics was generally negative with criticism aimed at the game’s poor user interface, microtransactions,[25] and dated graphics.[22] On October 30, 2019, Counter-Strike Nexon: Zombies was renamed to Counter-Strike Nexon: Studio.[26] 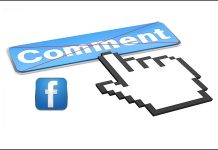